The advanced technology “In-line printing”
There is a combination technology of bonding multiple films closely and technology of printing in the same line. Both orientation process and printing process in serial production line are available.

We realized multi-layer film such as 3 kinds 5 layers and 3 kinds 3 layers adding Φ40mm Φ50mm extruders besides an existing Φ65mm extruder.
Data such as temperature controllers is centrally managed with touch panel display and each setting data can be printed at real time. (After the test it can be provided by a media).

The test unit allows to manufacture film of up to 1000 layers and to pile thin films that have many functions with excellent orientation technology. Super multi layer film leads to avoid lowering film strength and lead to better forming characteristic. 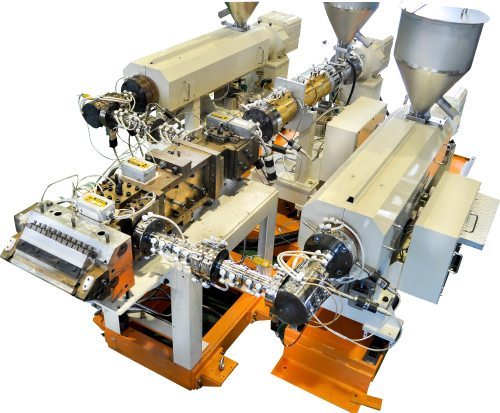 Please Fill the Form Below to Download the Brochure

We look forward to receiving your questions and comments and we will reply to your email promptly.